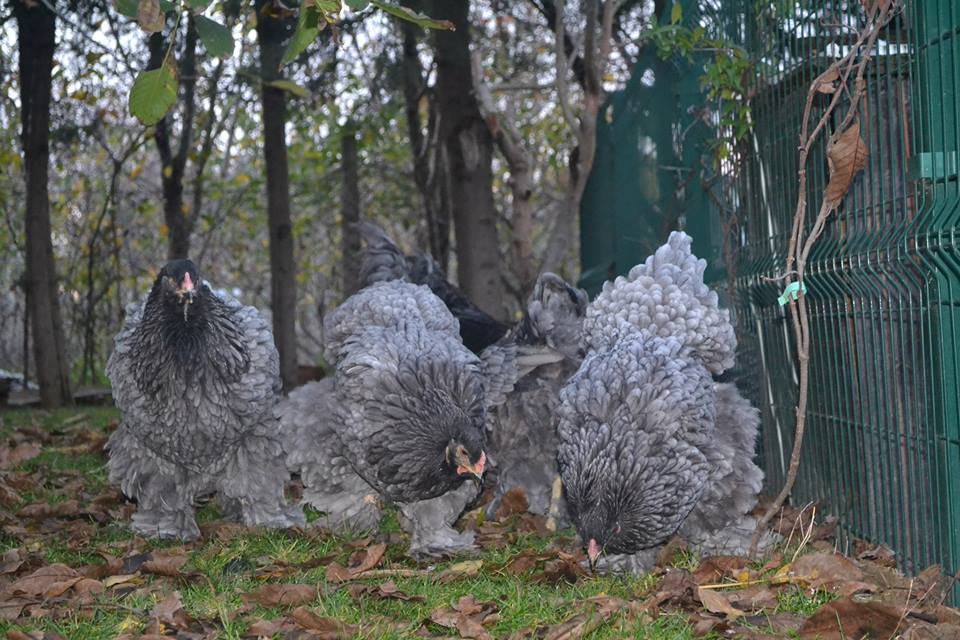 There are various definitions on internet about these big birds. Since they are rather larger and friendlier than standard chickens, we call them gentle giants. They are friendly, slow-moving, in harmony with calm human beings, and are very kind and pretty weak chickens for their large bodies. Although they look like typical rough legged chickens, Brahma chickens have certain characteristics that distinguish them from other rough legged chickens. If we need to clarify a few obvious simple things among those differences, we can pick comb, a back slope and walking.

There are many discussions about the origin of Brahma Chicken. It is thought that Brahma Chicken is a variety developed in United States from the big chicken exported from Shanghai, China. The earliest examples of species are known as Shanghai chickens. Limited crossbreeding with Chittagong chickens, now known as Bangladesh chickens, has give the Brahma species their original head shape and the beak that separates them from the Cochin breed. Cochin is another species developed from Shanghai chickens.

Light and dark Brahma took place in the first publication of American Poultry Union's standards of excellence at 1874. The Buff variation was added in 1924 or 1929.

Between 1850 and 1930, Brahma chicken was the most commonly consumed chicken in the United States. These big roosters can grow up to 8kg. The females can reach up to 6 kg.

It is thought that name of Brahma species came from Brahma Putra river in India.

Brahma Breed is a big and strong chicken variety. It has a big head. When it erects its body, it takes a V shape and especially male chickens seem quiet longer. Their feet are strong, their feathers lie down up to their middle finger and feather density is higher than Cochin variety.

There are 11 varieties which we are following and give importance and also accepted in Netherlands.

The Brahma Club of the Netherlands is doing a lot of work on new variety development.

In the near future we can say that 16-17 new varieties will be presented at Europe.